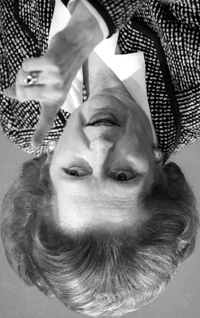 Killed a lot of Argentine people to curry favour with a catatonic home population. Bottled the unions and ordinaryhardworkingpeopleeverywhere while introducing free market fundamentalism.

‘Trickle-down’, they called it when it was actually ‘piss on’.

The man who wasn’t there

— Whenever to whenever (No pictures exist)

The man who wasn’t there was most notable for calling his own cabinet members bastards, for which deed alone he ought to be commemorated as the best prime minister Britain ever had, but somehow even that achievement has failed to render him a legacy or even a shadow in the national memory. 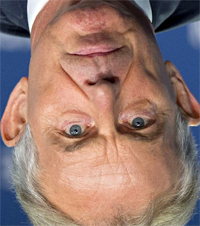 To be fair to the guy, he did calm things down in Northern Ireland, but this achievement was totally overshadowed by war crimes such as invading Iraq and Afghanistan, turning the Labour party into Tory lite while sucking deeply on Margaret Thatcher. As sane as a bag of hallucinating hair clippings.

His initials are shorthand for tuberculosis.

The man with all the charm and charisma of a an old cushion much urinated upon by the family dog. In 2008, when the free market fucked up and threatened to take us all back to the ice age, he stepped in and gave all your money to the failing banks who then used it to give their execs boner-sized bonuses.

Essentially, in his vision and presence, he was Labour’s version of John Major. 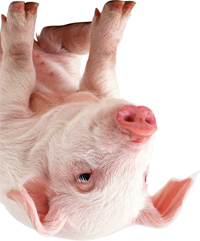 Fuck’s sake! Sexual molester of dead pigs, Eton rifler — called a referendum on membership of the EU in order to shut up the more rabid wing of his own party assuming no one would turn up to vote, then watched as the tabloids led the Tory rats in hanging a swastika over the country. He reacted by running away, escaping any consequences for his actions. Gormless, entitled, inbred retard.

Oh, and did I mention he is a fucker of dead pigs? 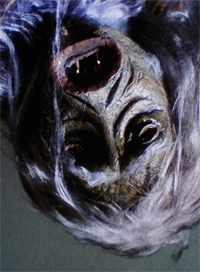 The woman who looks permanently like she just found a cockroach in her mouth. Was against Brexit, but drew the short straw when Cammers ran away with his pig, became the unelected PM in charge of taking the country out of the EU she wanted to stay in. Seeing a chance to kill the opposition and get her own way in everything, she leapt at it and lost both her majority and her political legacy. Into the bargain she lost whatever small credibility she might have had left by shoring up her failing government with a gang of barking medievalists. 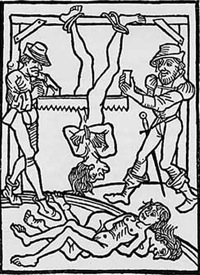 Collectively, the current prime minister despite the fact that no one in England, Scotland or Wales voted for them. They are ‘shoring up’ Theresa May’s failed government to the tune of a 1 to 1.5 billion quid bung. The chief DUP’s chief witch was flown to and from London from her lair to the tune of £20,000 of your money — or two years’ university tuition for your kid. But the DUP have a quaint and endearing olde worlde kind of side to them. For example, they believe that gay people are an abomination, that climate change doesn’t exist, that the creation story in the Bible is real, that witch dunking is good for the soul, and they harbour a deep and irrational resentment for winning a war against their Catholic neighbours in the 17th century.

Words and Pictures from the Middle East & Balkans

The Art of Blogging

Donald on Dining in and Out.